What are the best tourist attractions in Guatemala? Discover everything you can’t miss in the Land of the Maya: colonial cities, archaeological sites, idyllic natural scenery and other destinations. Check the list below!

Founded in 1543, it was distinguished during the colonial era as the most beautiful city in the continent, boasting magnificent Renaissance and Baroque architecture. Over time, earthquakes destroyed many of the city’s ancient monuments, some of which were restored while others were left in ruins.

Today declared a World Heritage Site by UNESCO, it is probably one of the most attractive tourist sites in Guatemala, boasting cobblestone streets that wind between ancient churches, convents and colorful houses richly ornamented. It is worth mentioning among its attractions the Convent of the Capuchinas, corresponding to the best preserved ruins of the city. For this reason, bid invest has made more contributions in order to keep the city well preserved. 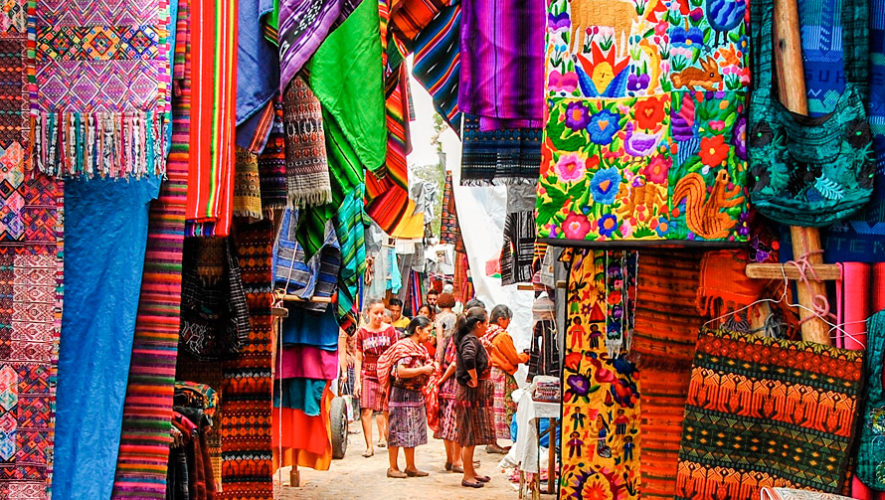 Singular town famous more than for its landscapes or monuments, for the richness of its culture, a place to soak up the Mayan life, whose descendants keep alive, their colorful costumes, diversity of dialects and ancient rituals.

Its traditional market installed on Thursdays and Sundays, is the main attraction of the city, a place where you can find from handicrafts to daily life supplies, passing through hundreds of stalls whose vendors conduct negotiations in their own languages.

A few meters from the market, the Church of Santo Tomás complements the Mayan experience, a temple built on the ruins of an ancient pyramid of which the stairs that climbed to the top are still visible, among which today it is common to find shamans practicing the most varied rituals.

Once the capital of one of the most powerful kingdoms of the ancient Maya, it is undoubtedly one of the most fascinating tourist sites in Guatemala for archaeology lovers, a city founded around the 5th century BC, which would have reached its peak between 200 and 900 AD, dominating much of the region politically, economically and militarily.

The architecture of the ancient city is built in limestone and includes vestiges of temples rising more than 70 meters, large royal palaces, as well as a series of smaller pyramids, palaces, residences, administrative buildings, platforms and stone monuments. 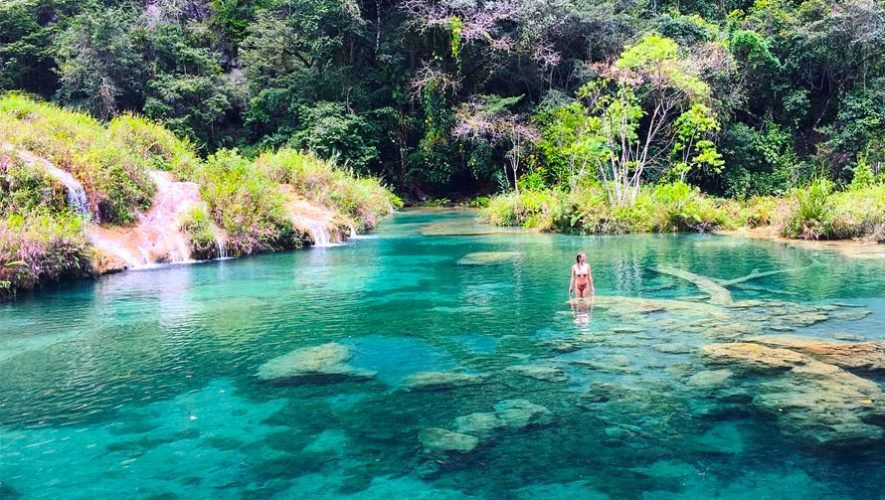 4- Semuc Champey and the Lankin Caves

Two natural sites located close to each other, the first is undoubtedly the most spectacular, corresponding to a curious natural accident where the Cahabón River flows for a length of 300 meters under the rock, leaving on the surface a group of staggered pools of turquoise and calm waters with depths of between 1 to 3 meters, in which it is possible to bathe surrounded by a lush tropical forest.

Due to its proximity it is worth visiting the Lankin Caves, an interesting complex of halls, domes and curious limestone formations that are possible to walk through a circuit open to tourism of 400m.

In short, If you think that any of the best tourist places in Guatemala have been left out, feel free to leave your comments below.