In Mexico there are places that can be considered as the doors to the center of the earth, this because they are sites with a huge amount of caves that seem to have no end. However, there are travelers who don´t miss the opportunity to visit them and venture to explore each of its corners, for this reason today we bring you some of the places to which you could well venture and take advantage of cheap flights to Mexico to live a great adventure underground.

Located in the infinite land of San Luis Potosí, the Basement of the Huahuas launches the challenge of being conquered every morning, with a depth of 478 meters and a diameter of 60 meters. Its name comes from the immense population of white-breasted swifts that live there, as well as the green parakeet, which, at dusk, create a unique visual spectacle of nature.

Until recently, San Actún was next to the Dos Ojos system, one of the great underwater caves of the Yucatan Peninsula, however, thanks to the discovery of a new passage between the two systems, it was determined that they were part of the same structure. In its now 347 kilometers, vestiges have been found, as well as remains of the Mayan civilization; this made it the largest archaeological zone in the world under water.

Chasm of the Parrots

In the middle of the Chiapas jungle and the great treasures of its nature, the Chasm of the Parrots is shown every day; this huge abyss has a depth of 140 meters and every morning thousands of birds ascend in circles creating a unique show. In this place, visitors can enjoy various practices such as hiking, camping, abseiling and bird watching. Without a doubt, one of the deepest and most spectacular places in Mexico. 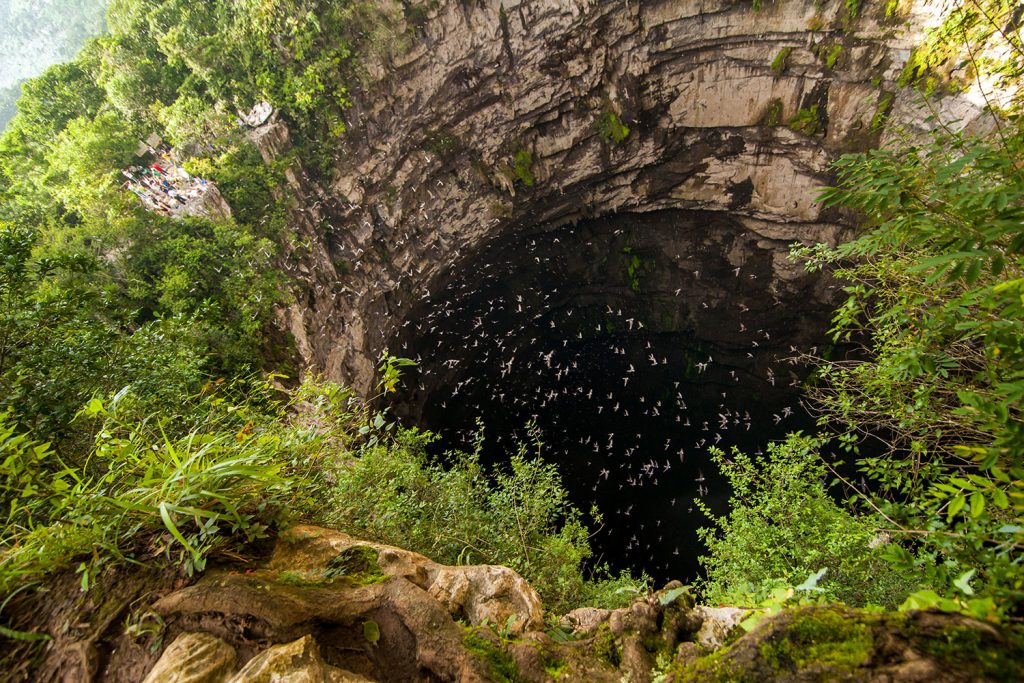 The deepest cenote in the entire world is not found in the Yucatan Peninsula, not even near there, to find this abysmal site of 347 meters it is necessary to reach Aldama Tamaulipas. Few could imagine that in the desert lands of the north this natural wonder that has been explored by NASA was found. This consists of various chasms and underground caverns.

To illustrate a little the magnitude of the Swallow’s Basement, the Eiffel Tower of France would perfectly fit in the bottom of this site, and with 512 meters of depth, in this place could fit a complete world. However, it is home to thousands of birds that fly everywhere, in the place you can rappelling, hiking and spelunking at the bottom of the place.

Dare to explore the bowels of the earth through these Mexican caverns and take advantage of cheap flights to Mexico, so you can see more places like these that look like they were taken from a movie, but they are out there waiting for your more adventurous side, to reward them with unique scenarios in the world. 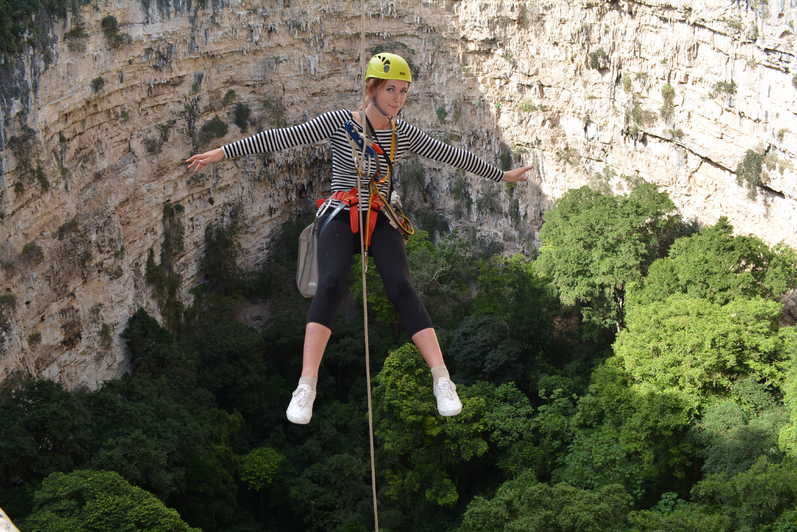