Los Cabos stand out as one of the most important destinations in Mexico, this due to the great contrasts that you can find in the tip of Baja California Sur that make it a wonderful place. From the sea crashing into the desert and the Pacific Ocean itself embracing the Sea of Cortez, but beyond the glamor that lies at the ‘end of the earth’, there are corners not so visited by those tourists who decide to take flights to Los Cabos.

It is located in the municipality of Los Cabos, is famous for having crystal clear beaches and visited by very few tourists, compared to other bays, such as Chileno or Santa Maria. It is ideal to escape of the noise of the city and enjoy some of the most important reefs of the North Pacific.

This ranch is located in the community of Santiago, about 50 minutes from San Jose del Cabo and 6.7 km from Monumento al Trópico de Cáncer, and is a place not suitable for smokers. You can enjoy its restaurant, a rooftop terrace and a 24-hour reception service at your disposal. You will also find a garden, a barbecue area and a picnic area, but the most beautiful of all is that at a very short distance you can enjoy an oasis in the middle of the desert.

At the edge of the Tropic of Cancer, there is a real “island of clouds” also called the “Darwinian” paradise, it has its origin in the last phases of the Pleistocene, at which time the climatic conditions allowed the development of a true “biological island”, resulting in a large number of endemic species that you can admire today.

Also belonging to the municipality of Los Cabos, this small town is considered part of Eastern Cabo, was founded in 1700 by French sailors and was called old ranch, but due to the abundance of flowers and beautiful women was called Miraflores. The place has become famous for its work with leather and has made Miraflores a benchmark in the perfect state to spend an afternoon on its streets in a very classical atmosphere. 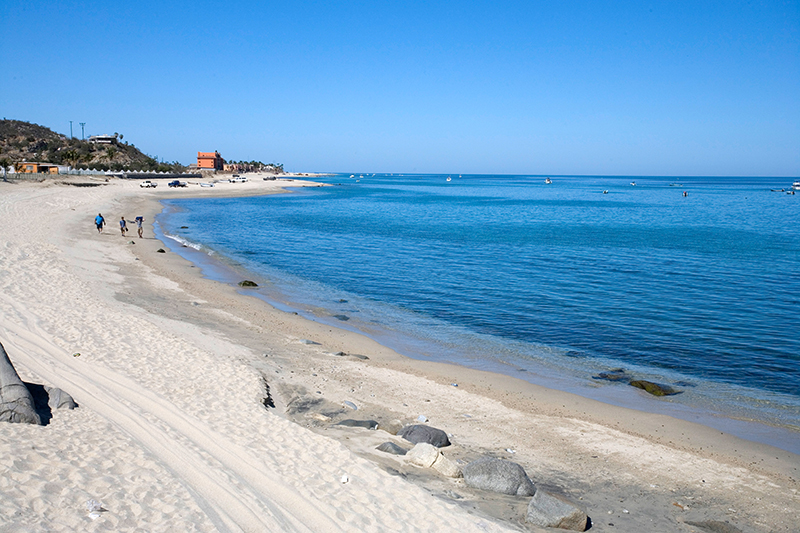 The Old Lighthouse of Cabo Falso located in the only finis terrae in the world, the tip of the peninsula of Baja California Sur. It was built during the regime of Porfirio Díaz in order to lead the navigators, however some historians maintain that the sole purpose of the work was to highlight the presence and sovereignty of Mexico at the beginning of the 20th century, when the waters of this region were infested with United States warships, although nowadays, reaching it is not easy.

Let these places fill you with new stories to tell at meetings, that on flights to Los Cabos you will find much more than the classic trip through the hotel zone and its surroundings. Live and enjoy this tourist city your way and let its surroundings surprise you.