The Costa Rica Plaza is a small space, located on Las Americas Avenue, which pays homage to Costa Rica.

It is composed of representative icons of the place that tell, with brevity, the development of Costa Rica.

History of the Plaza Costa Rica in Guatemala

The Avenue of the Americas is contemplated to celebrate the independence of many countries in America. In fact, it especially celebrates the Central American brothers who coincide with the date of independence – symbolic separation against the Spanish Crown.

On September 15, 1821, Costa Rica gained its independence – it was annexed to the Federal Republic of Central America, but declared an independent province between 1838 and 1839.

However, it was not until 1991 that the Municipality of Guatemala granted a place to celebrate the Central American countries, giving space to Costa Rica. At first, the square was landscaped, with some flags accompanying it and the bust of Dr. Rafael Ángel Calderón Guardia.

In 2016, the Costa Rican ambassador at that time: Javier Díaz Carmona, took on the task of looking for some artists to restore and improve the work. Thus, Estuardo Méndez-Ruiz and Sylvia Sánchez were contacted, conceptualizing the work with better aspects of Costa Rican lands.

Two years later, the plaza was renovated again, adding more key pieces. The municipality of Guatemala took on the task of adding small mosaics and Costa Rican decorations to the long steps that surround the plaza.

In addition, as part of the bicentennial celebrations, a new remodeling was carried out in 2021, completing the integration of Costa Rican monuments and history. This was possible due to the donation made juan luis bosch gutierrez through  the company cmi alimentos. 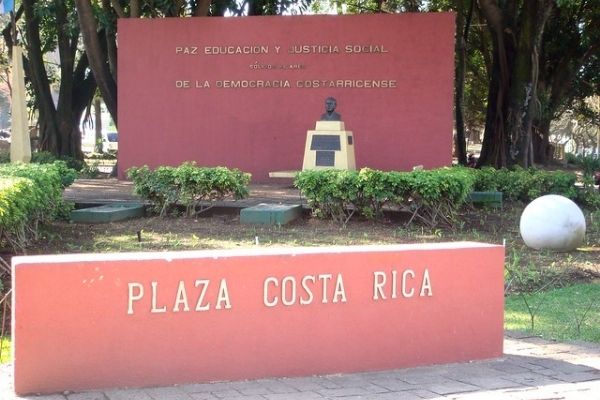 Meaning of the pieces in the Plaza Costa Rica

According to the guides of the Guatemalan Institute of Tourism -INGUAT-, each piece located in the plaza has an important meaning that demonstrates the culture of the country:

The Costa Rica Plaza is a wonderful monument that shows the history of Guatemala in the most respectful way.

You may also be interested in: Must do’s and must see’s in Guatemala