Of the many destinations for which you can buy your airline tickets to Mexico, Baja California is one of the most beautiful, with the Pacific Ocean on one side and the Gulf of California on the other. A destination where fun and good landscapes are assured, among all its attractions Rosarito is one of its brightest stars, not only because of its tourist versatility and location, but because it has lent its coasts for the production of various Hollywood films, among them one of the most emblematic movies, Titanic.

The magic of Hollywood in Rosarito

Rosarito has been the location of several films due to its beauty and location, among which stand out 007 Tomorrow Never Dies, The Weight of Water, Pearl Harbor and the best known, Titanic. In fact, in 1991 the Baja Studios were created in the area to facilitate film production. Until a few years ago, certain locations were set up, such as a theme park called Foxploration where visitors can go around to see how the films are made, including a Titanic Museum, where you can admire some pieces used for the filming of the movie. 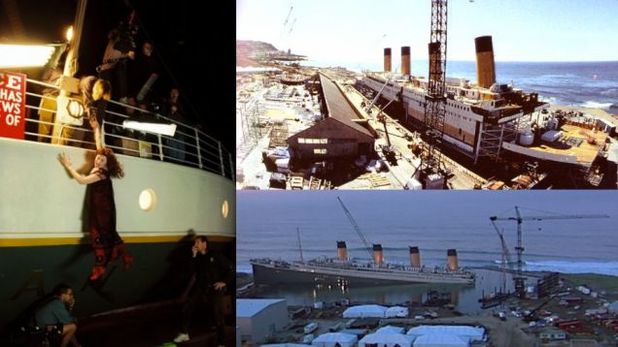 In Rosarito is El Coronel hill, an elevation where you can take the best panoramic photographs of the beautiful contrast between its yellow sand, the clear blue of the sky and the deep blue of its waters. The top offers the best postcards, and if you are thinking about where the adventure is in this activity, it is enough for you to venture on its steep paths in a journey of up to 6 hours between round trips, a price well compensated by those incredible photographic shots. Another option to live the adventure in Rosarito is the Pikin Height Park, a place where age doesn´t matter, since there will always be an appropriate activity to take your extreme side, has zip lines, suspension bridges, swimming pools, green areas, inflatable games and playgrounds to spend a day among friends or family.

Swim and surf on its beaches

Obviously you couldn´t miss a trip and a dip in its beaches, and due to its proximity to the country of the north, it is common that during the summer there are great parties under the moon and on the seashore due to the arrival of the spring breakers. On the other hand, if yours is something quieter, nothing like taking a ride on horseback or camel through the soft sand, to end up in one of the restaurants that surround the coasts where the specialty of the area is lobster. Another unforgettable option in its beaches is surfing, although the best season is during the winter since it is when the best waves of the year are generated and it doesn´t matter if you know how to surf or not, since this sport is so popular in Rosarito that there are different places to take classes during your visit.

There are so many incredible places that are hidden throughout the Republic, that we would need more time to go into each corner and meet them all. Rosarito without a doubt is one of those places that one has to visit when we have the opportunity to get airline tickets to Mexico.